Since our departure from Roquebrune Cap Martin, in early 2008, I took advantage of the different stays in the Landes, Isère and Anjou departments to test some antennas .. The vertical « rod / wire, » the Bird yagi, which turned into 4 bands Hexbeam, through various whips, levy and half squares . A 5-band Spiderbeam HD is still in the box but will rise if it is only to make it functional.

K3/100 for tranceiver, followed by an  Acom 1010 amplifier, Heil headphones very useful in the pileup.  Although the use of the amp there would not be wrong to say : .. I’m mostly barefoot and contacts are made .. But it is .. 😉 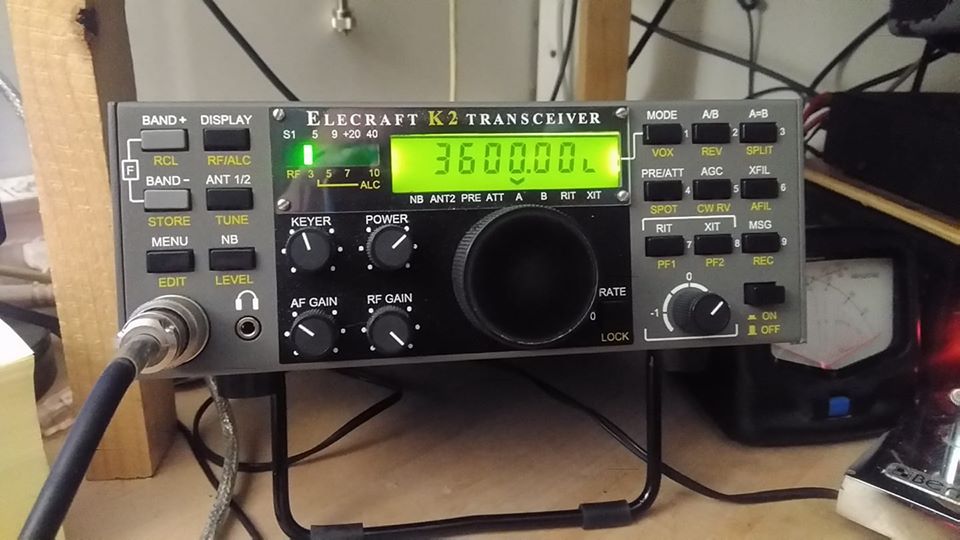